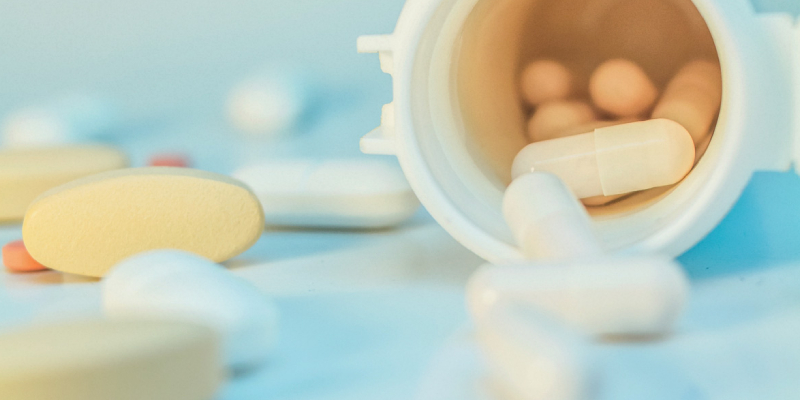 My recent article about defective consumer products and the vagaries of customer service elicited a flurry of responses. Friends and strangers alike shared with me their own stories of defective products, laziness, surliness and even outright hostility from the folks entrusted with “customer service.”Hinky computers, poor phone service and dour flight attendants are frustrating, but other consumer problems can more directly and imminently threaten life and limb. I experienced one of these several years ago.
At one pharmacy in Menlo Park, California, part of a national chain where I usually had my prescriptions filled, I picked up a refill of the statin drug that I had taken for many years. When I began using that particular container of pills – for my morning dose – I noticed that there were two species of pills in the container, one football-shaped, marked “93/670,” and the other rectangular and marked “M357.” (The pills would sometimes vary in appearance from refill to refill, depending on the particular manufacturer of the generic drug, so I assumed there were two different brands of generics in the vial.)

Because I was feeling odd – tired and a little “out of it” – after some of my morning doses of medication, after a couple of weeks I phoned the pharmacy and spoke to a pharmacist, to whom I described the appearance of the pills and my puzzlement. He was able to identify the football-shaped pills as a generic version of my statin, gembribozil, from a company called Teva, but he could not explain the presence of or identify the second kind of pill. He said that unfortunately, that particular pharmacy didn’t have the reference book that would enable him to identify the second species, but he suspected that it was, perhaps, another manufacturer’s generic for gemfibrozil. I asked him to call another store that did have the book, and he agreed to do so and to phone me back. He phoned a few minutes later to tell me that the second species of pill appeared to be alpha-methyl dopa, an antihypertensive that is seldom prescribed any longer.

I was shocked and angry at this turn of events and asked him to have the pharmacy manager phone me when she returned from a conference.

About a half-hour later, the pharmacist phoned me again, to tell me that the second species was probably not alpha-methyl-dopa after all, but the analgesic Vicodin, a controlled drug, a combination of the opiate hydrocodone, and acetaminophen (the active ingredient in Tylenol).

Not having heard from the manager, I phoned her. She explained to me that neither gemfibrozil nor Vicodin is actually dispensed by human pharmacists but by a robot, and she speculated that the robot must have filled my prescription (with gemfibrozil) and then gone on to the next prescription (Vicodin), somehow putting the pills into the same vial. She phoned me back about half an hour later, saying that she had spoken to her boss, who was certain that the robot could not have been at fault, and that neither of them had an alternate explanation.

At the manager’s request, I brought the container of pills that contained the mixture of gemfibrozil and Vicodin to the store so that she could examine it. She verified the identity of the pills, and gave me a fresh container of gemfibrozil, which was, ironically, labeled with a date two months earlier.

This comedy of errors is no joke. Although I did not suffer a catastrophe such as might have occurred had I unwittingly combined Vicodin and alcohol or other sedatives, I did suffer significant inconvenience and decreased professional productivity which, in retrospect, I recognized as being the result of my periodically ingesting Vicodin instead of statin. Specifically, I noticed that on some mornings I was groggy and had difficulty concentrating at work, and once I fell asleep in my car while waiting to meet someone. (All of these events were most unusual for me.) My productivity — as measured by my production of articles for major newspapers and journals — was demonstrably lower during that time, and people told me that I looked tired. (And, of course, on the days I was taking a morning dose of Vicodin, I wasn’t getting the cholesterol-lowering benefit of my statin.)

As a physician and a former senior official at the FDA, I know the problems that drugs can cause even when prescribed, dispensed and taken correctly. I dislike taking medications except when they are absolutely necessary. Being exposed unnecessarily and involuntarily to a drugs — an opiate and controlled substance, no less — was therefore, for me, a particular affront. I felt as though I’d been assaulted. When I think about what the outcome of the pharmacy’s error could have been, I am outraged all over again.

I had a lawyer friend write a non-hostile letter to the pharmacy describing my experience. The company went into classic hunker-down mode. Their response was like the classic lawyer’s refrain: My client was nowhere near the site of the crime, but even if you can show that he was, he didn’t do it; and even if you can prove that he did commit the crime, he promises to not to do it again. The essence of the company’s response was that I couldn’t prove that I received a mixture of drugs; but that even if I could, I couldn’t prove it was the pharmacy’s fault; and that as a physician, from the beginning, I should have noticed that something was amiss.

Aside from choosing carefully which pharmacies to avoid, my story offers some important lessons for consumers of prescription drugs.

First, I regret that I didn’t complain at the time to the state pharmacy board and to the local police. After all, someone contaminated my drug purchase with a potent narcotic; and whether it was done by a terrorist or an incompetent pharmacist, I could have been severely injured. Moreover, according to former police chief and drug control expert Joseph McNamara, for possessing a controlled substance without a prescription I was also in legal jeopardy (especially had I been driving while impaired).

How can consumers detect such errors? Be vigilant for anything amiss in any prescription drug – a mixture of pills of different appearance; unusual color, texture, markings or packaging; and any change in effectiveness or side effects. As an aid to customers, my current pharmacy includes a physical description of the pill right on the label of the container; a vial that I picked up this week offers this description, “Oval White,10/PD 155,” which corresponds to the appearance and markings on the tablets. This cheap, effective and systematic expedient enables patients to verify that they’re getting the correct drug in each prescription.

Medication errors in hospitals have received a lot of attention, but mistakes occur in neighborhood pharmacies, too. Be attentive, be careful, be well.

Workplace safety has been a cause of concern in the United States for over a century. Such concern has led to a slew of federal and local workplace safety regulations. The Railroad Safety Appliance Act helped significantly reduce the number of worker injuries in the railroad industry. Coal mine worker fatalities averaged over 2,000 a year in the early 1900s, leading to the passage of the Federal Coal Mine Safety Act of 1952, the Federal Coal Mine Health and Safety Act of 1969, and the Federal Mine Safety and Health Act of 1977. Activism over children working in factories resulted in passage of the Keating–Owen Act and the Fair Labor Standards Act. The most well-known set of regulations related to labor is the Occupational Safety and Health Act of 1970 that was designed to ensure that employers provide employees with an environment free from hazards.

Animals Work for Food
However, in the entertainment industry, “work” is also performed by animals. While considered by most as property, many animals routinely perform and in some instances get “paid” to do so. Indeed, the entertainment industry relies heavily on animals for revenue. Zoos, circuses, carnivals, aquariums, theme parks, television and movies all regularly feature animals. Even though there is a history of maltreatment and accidental injury and death to animals who work, there are very few laws in place to protect animals, and certainly none as comprehensive as OSHA. The only federal law that addresses the treatment of animals that are exhibited to the public is the Animal Welfare Act of 1966. The Animal Welfare Act requires that minimum standards of care and treatment be provided for animals that are bred for commercial sale, used in research, transported commercially, or exhibited to the public. States also have animal welfare laws. For example, 41 states make certain types of animal cruelty felonies. Six states, however, exempt exhibited animals from their animal cruelty rules. Most laws focus on animal safety during transport. Others are concerned with making sure that worldwide animal populations are maintained.

Blackfish Documentary
Blackfish, a documentary released at the Sundance Film Festival in January, 2013 and recently shown on CNN documents the poor treatment of Tilikum, a dolphin, at Orlando’s Sea World. According to filmmaker Gabriela Cowperthwaite and animal rights advocates such as People for the Ethical Treatment of Animals, dolphins in captivity at Sea World suffer from boredom and stress. They are simply too large, too socially aware, and too intelligent to thrive in captivity. In other words, these dolphins go “stir crazy” in captivity. They become aggressive. According to Cowperthwaite, Tilikum’s aggression led to the 2010 killing of his trainer Sea World employee Dawn Brancheau as well as the deaths of two other people. In the aftermath of Brancheau’s death OSHA stepped in. But OSHA is charged with ensuring the safety of people. Thus, it stepped in out of concern for the safety of Sea World employees, not out of concern for the health and safety of Tilikum and other whales.

Nonetheless, Brancheau’s death and Blackfish have had an impact. They have brought the conversation about how exhibit animals should be treated out of the meeting rooms of scientists and animal advocacy groups into elementary school classrooms and the homes of consumers across the country. Many believe that Sea World and similar businesses should change how they treat dolphins. Children and celebrities are refusing to patronize Sea World until it changes it policies. Perhaps if there were regulations in place that looked at animal health and safety in a similar way that legislators have looked at the safety of workers, animals might be treated vastly differently. Indeed, there are some dolphin experts who would produce evidence to support the position that dolphins should not be kept in captivity at all.

Sea World vehemently disagrees with the conclusions reached in Blackfish about the treatment of dolphins at Sea World. Regardless of who is right– Sea World or Cowperthwaite–wouldn’t a set of OSHA-like regulations for exhibit animals at least force the scientific community to look at the research and come to a consensus on how to best treat animals in captivity?